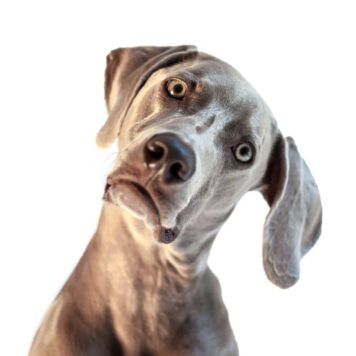 Ephesians 4:1-6 1I therefore, the prisoner in the Lord, beg you to lead a life worthy of the calling to which you have been called, 2with all humility and gentleness, with patience, bearing with one another in love, 3making every effort to maintain the unity of the Spirit in the bond of peace. 4There is one body and one Spirit, just as you were called to the one hope of your calling, 5one Lord, one faith, one baptism, 6one God and Father of all, who is above all and through all and in all. (NRSV)

I am writing this article out of pastoral concern. Over the past several months, I have noticed the political polarization in our nation reflected in our own community. The passage from Ephesians above calls for us to be one body making every effort to maintain the unity of the Spirit. It is this oneness and unity that is at risk.

Allow me to review the early history of Facebook. Mark Zuckerberg developed FaceMash in 2003. By hacking into the servers of dormitories at Harvard, Zuckerberg uploaded the pictorial directories of the female students. He set up an application to compare these women side by side so that people could vote on which student was more attractive. In an article from the September 15, 2010 issue of Rolling Stone, two of Zuckerberg’s blog (online journal) entries were reported from that night when he wrote the software for FaceMash: “I’m a little intoxicated, not gonna lie. So what if it’s not even 10 p.m. and it’s a Tuesday night? What? The Kirkland [dorm] facebook [slang for the pictorial directories] is open on my desktop and some of these people have pretty horrendous facebook pics. I almost want to put some of these faces next to pictures of farm animals and have people vote on which is more attractive.” And again “Yeah, it’s on. I’m not exactly sure how the farm animals are going to fit into this whole thing (you can’t really ever be sure with farm animals …), but I like the idea of comparing two people together.” FaceMash became the Facebook that we use today.

The purpose of FaceMash was to objectify, categorize and dehumanize. A person would look at pictures of two people and turn those people into objects to be compared. Those people were to be put into two categories: more attractive or less attractive. Perhaps some people were deemed not worthy of being compared to other people and they would be dehumanized by being compared to farm animals.

Facebook ultimately has the same purposes. As a user reacts to posts, they become like objects to be placed into a category. These categories are used to commodify the user’s reactions to be sold to advertisers. This dehumanizes the user in order to be monetized. The goal is to turn the user into money through selling advertising. The more narrowly defined the user becomes the more targeted and effective the advertising and monetizing. This narrowing definition of the user limits what the user sees and begins to skew the user’s perspective which allows for even more effective advertising. This keeps happening as long the user allows. There may be lofty goals of building community, but in the end, it is about making money through objectifying people. Yes, it is happening to people just like you.

This is true of almost all media that we consume whether it is social media, television, news outlets, or radio. The goal is to keep you scrolling, watching, reading, and listening to advertise to you effectively. Social media does it best since the user freely provides so much information about likes and dislikes. The user is being objectified, categorized, dehumanized, and monetized. Yes, it is happening to people just like you.

I pray that you lead a life worthy of the calling you have received in Christ Jesus. You are created in the image of God, claimed as God’s beloved child, and sent into the world to proclaim that love. That is how God sees you and calls you to see others. You are not monetized. You are loved. You are not objectified and dehumanized. You are called into community with those that are of the same Lord, same faith, same baptism and same God. You are called to be gentle, humble, patient, loving, and the maintainers of peace for the sake of all people.